World Class Sport Climbing 30 km north of Oudtshoorn (near the Cango Caves). The rock is limestone and the routes are mostly overhanging with awesome stalactites. There are 111 single pitch sport routes, 13 of which are projects. Routes are up to 35m long. The climbing is located around the De Hoek Resort camp site. 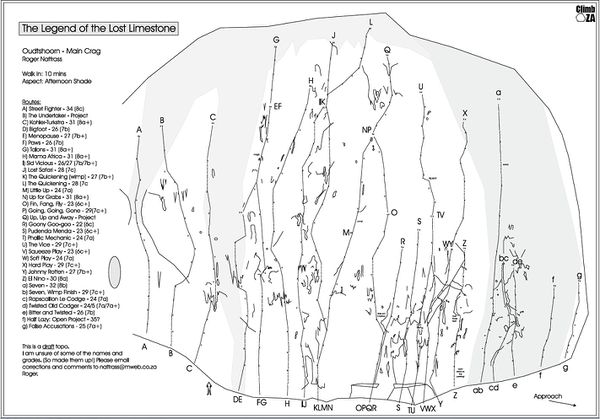