Difference between revisions of "Spout" 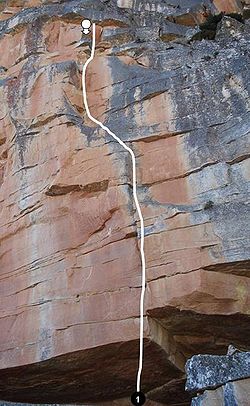 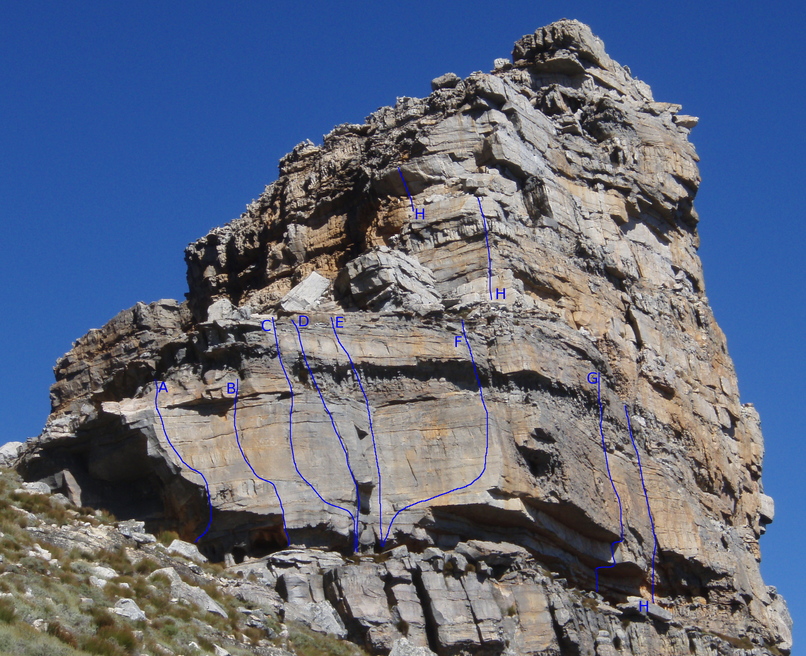 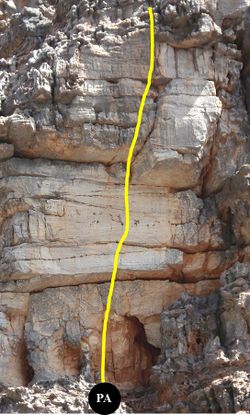 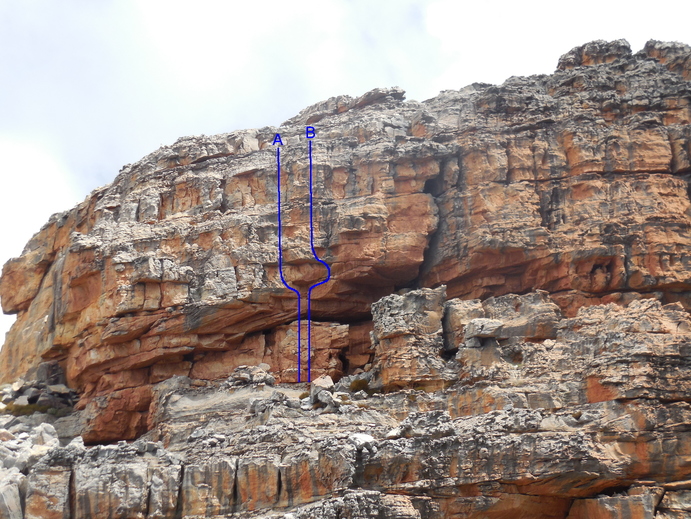 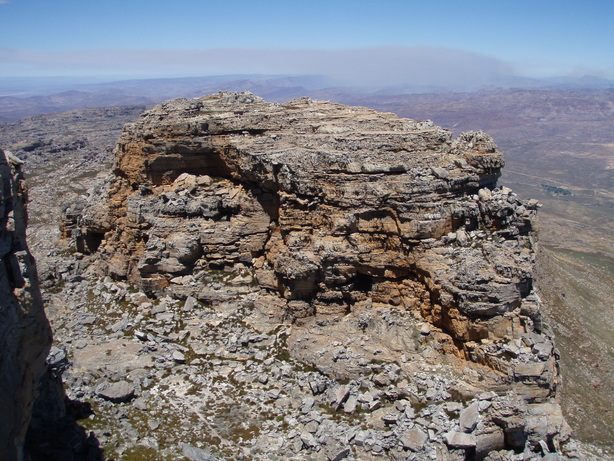 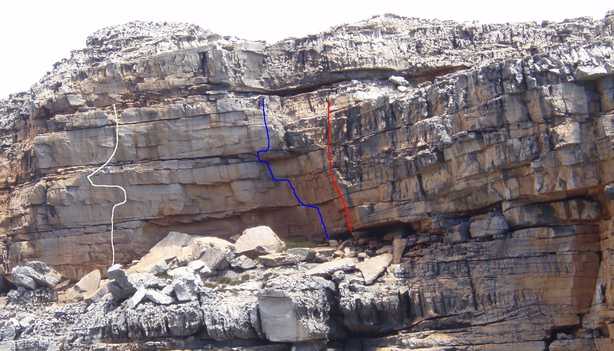 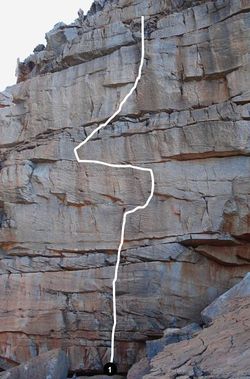 Scramble up a large boulder about 5m left of Pinstripe Sweet. Step onto the face and follow the wide crack, layback and flake to the top.