Very overhanging, ±30 single pitch sport routes. Mostly hard (>23) routes in the Hole itself, but some easier nearby. 30 min walk up to crags.

Steep, long & pumpy. The main crag (the Hole) area is extremely overhanging with good holds. There is another section called the Sideline on the far left of the crag that comprises a few easier routes.

Walk up the path. At the contour path turn right and follow the path up the valley. There is a cairn indicating the new path which breaks out right towards the Hole (same path as for Foreign Policy). Walk along this path until you see a good path leading up to the left (with pole steps). Follow the steps up to the Hole (straight takes you to Foreign Policy)

This area has shade all day except in the early morning. The rock takes some time to dry after rain and in winter it often seeps water.

Additional entertainment at The Hole: Take your binoculars; when the shark siren goes off on Muizenberg beach you may be rewarded with a sighting of "Johnny White" getting chased away by the lifesavers.

The routes at the Hole from the left of the crag towards the right, 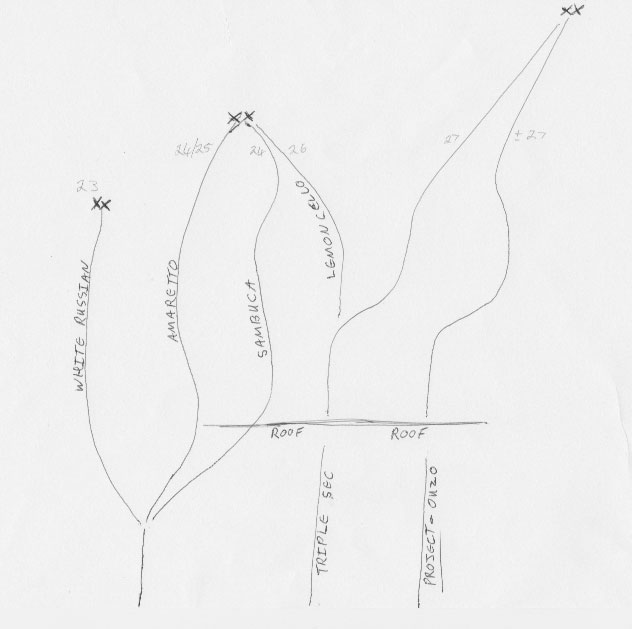