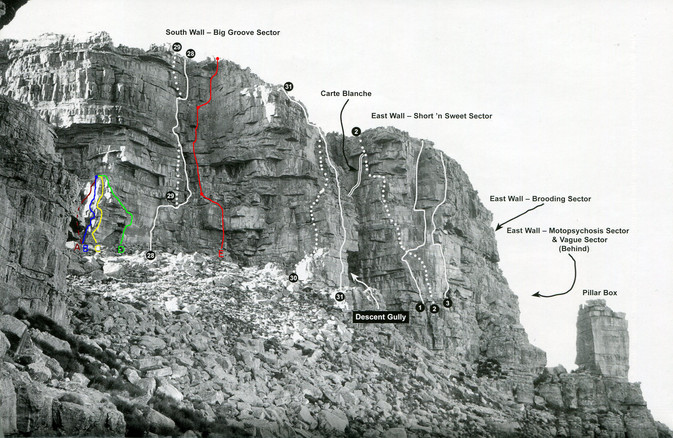 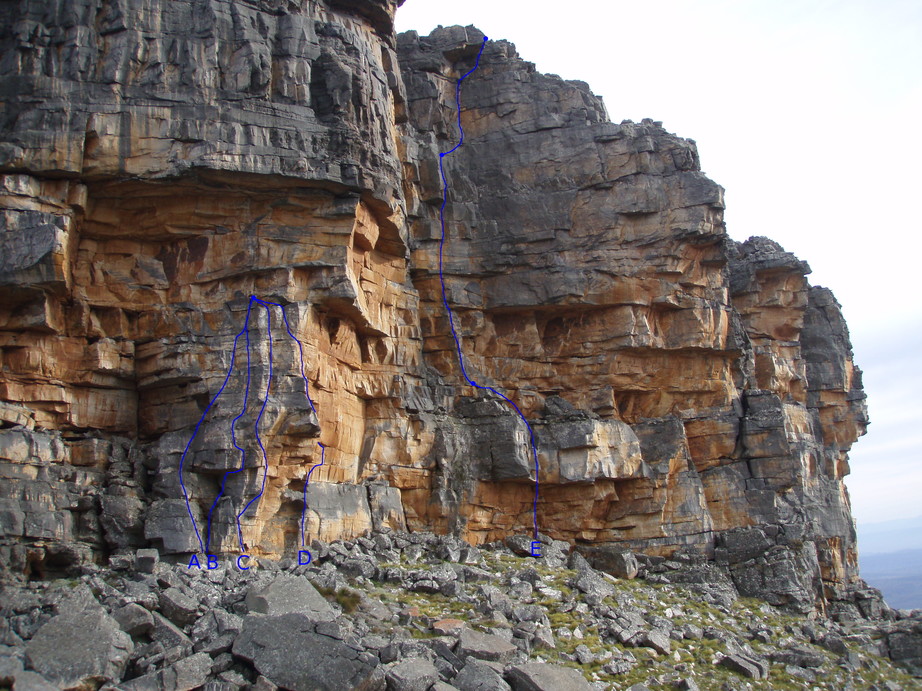 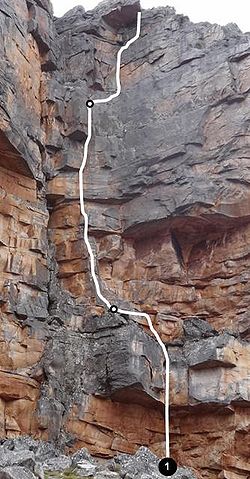 Is this the same as the first pitch of The Optimist? It doesn't match the description but it does take the most sensible route at a moderate grade to The Optimist's abseil point.

This superb single pitch follows a steep, straight line directly below the abseil point on The Optimist (which is from a large split block 25m up on a ledge). Would be 5 stars if it weren't for the rest ledge .

Descent: Abseil from the fixed tat.

This single pitch climbs a rising diagonal line, starting at the rock arch 10m right of Optimist Prime and ending at the same anchors as that route.

Descent: Abseil from the fixed tat.

Amandla! Great stuff. Start about 20m right of Big Groove P1, on some boulders below an obvious V in the roof above.

Note: Two micro cams (black alien or equivalent) are useful, one to protect each of the crux sections on pitch 2. If you are not up to the challenge of pitch 1, or don't what to be completely exhausted for the rest of the route, you can access the excellent second pitch from Big Groove.