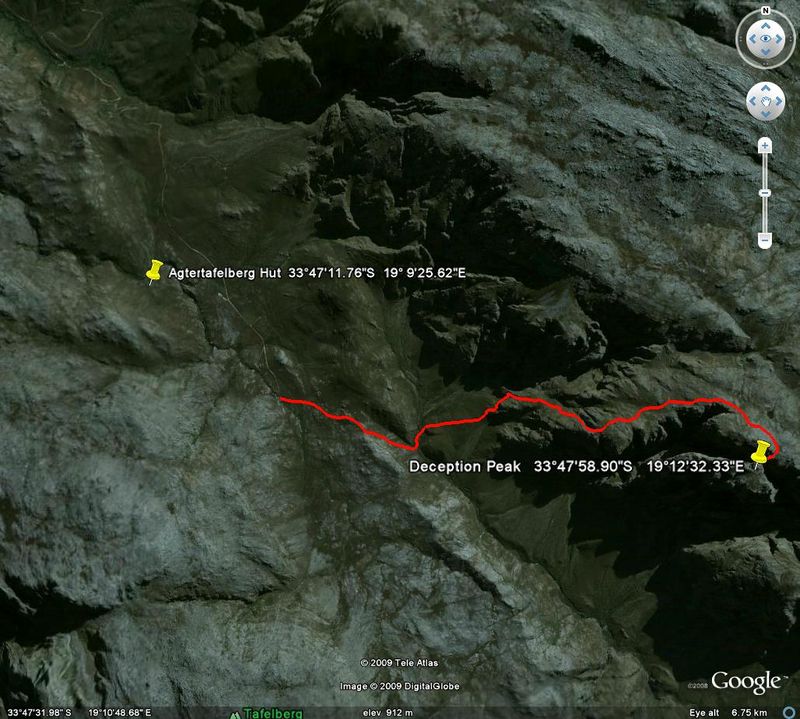 Walk from the Agtertafelberg Hut along the MCSA path in the direction of Stettynskloof. Cross the river on the path. Once you have crossed the river head slightly NW back towards Du Toitskloof. Climb the small ridge in front of you to the small rock outcrop on the lowest point of the edge. 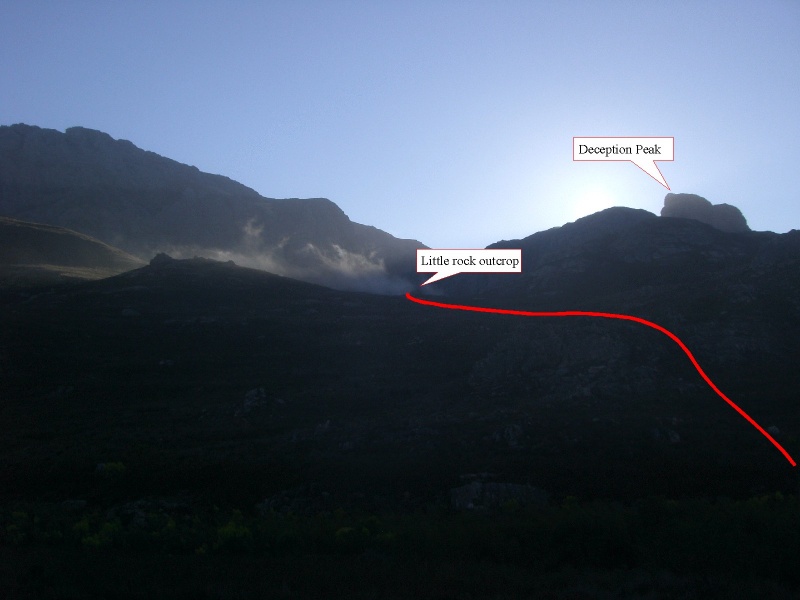 From the top of the ridge follow the (sparsely) cairned path down to the confluence of the two small streams. From the confluence walk upstream between the two streams up to the where the rock band comes down on the left (facing upstream). From there walk up the big ridge to the North. 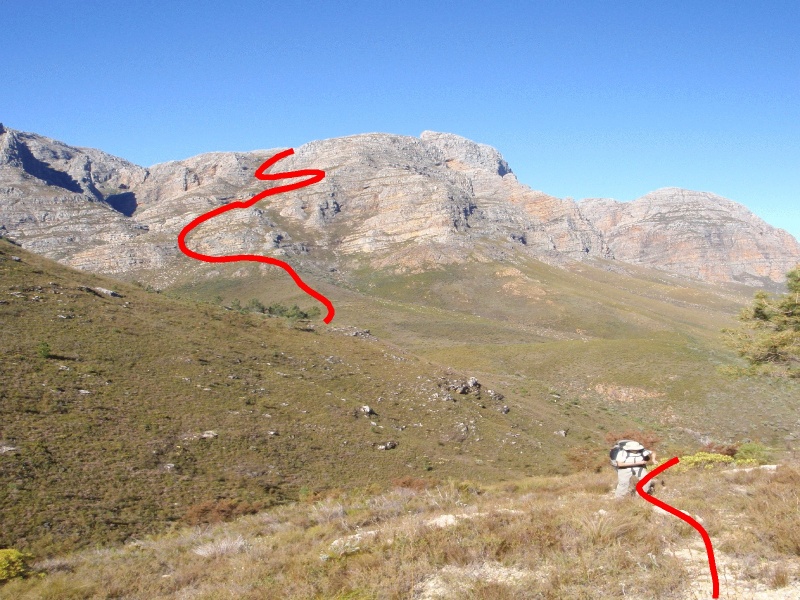 Break through the first rock band to the left of the large obvious orange overhang. Follow the crest of the ridge to the second rock band. 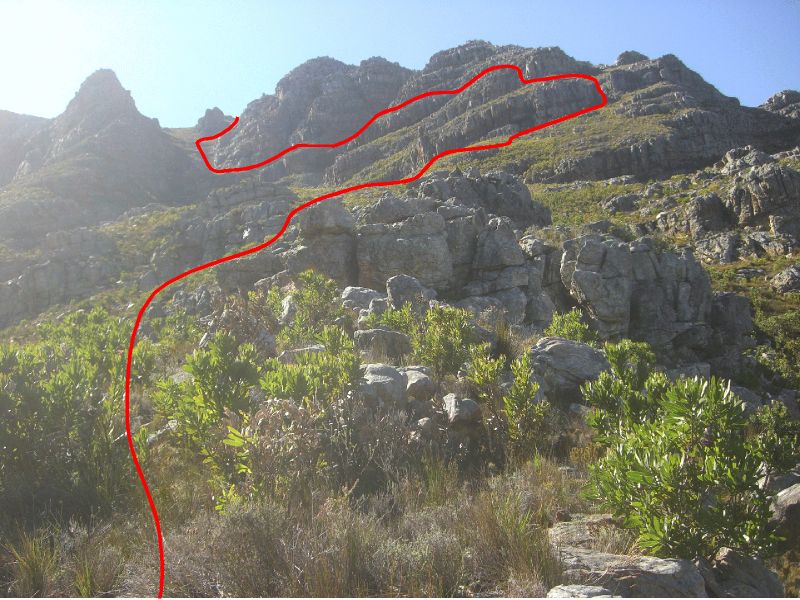 Break through the second rock band using the small gully on the right. As soon as possible traverse back to the left in the large gully.