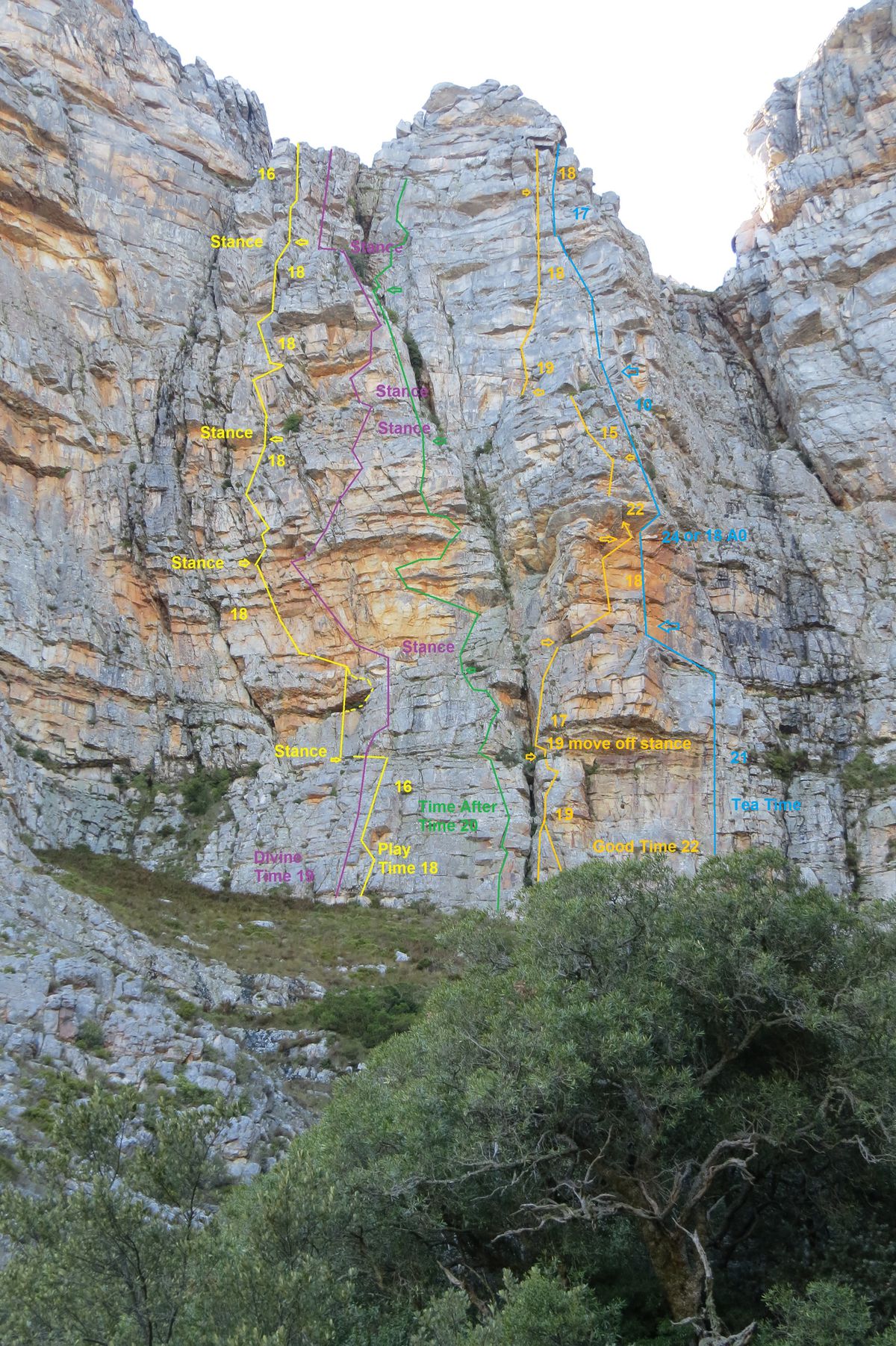 Start View the topo on the photograph. The buttress on which this route is situated is a 10 minute walk down to the left of the main Yellowwood wall. Start in a right facing recess at a small tree or start further left and down just to the right of the gulley: this start is steeper climbing but better rock.

Descent is an elegant and relatively safe 4 or 5 abseils. 60m ropes are recommended.

Walk horizontally 60m over blocks then bushes past the gulley and then blocks to find a thread below.

OR use the DOWN TIME Rap Route Or walk all the way round.