A man-made quarry that was used as a shooting range and now by climbers. A good place for beginners to learn the ropes, mostly easy routes, but it also has some harder ones. 2 min walk to crag. Granite. 50m rope fine.

Located in a suburb below Table Mountain, this quarry was once a shooting range. The routes are all slab/face climbs and are all bolted. It is possible to walk round to the top and put top ropes on most of the routes. About 15 routes. Grades vary from 9/4a - 29/7c+.

From Cape Town, drive up Long Street into Kloof Street and up towards Table Mountain. Turn left into Camp Street, then three blocks further turn right into Molteno Rd. Drive past the Molteno Reservoir, all the way up and the turn right at the top into Glencoe Rd. Park at the Cul de Sac.... walk-in is 22 seconds from there.

Alternatively: if you’re heading up Kloofnek Road, find your way to Kloof Road (parallel to Kloofnek Road). Turn down into Camp Street and right again into Molteno Road. Follow it up the hill and near the top turn right into Glencoe Crescent. Go all the way to the end and park on the side of the road in front of the boom. Follow the obvious path into the quarry through the bricked-up entrance gate.

Many thanks to Niel Mostert for taking photos and compiling the names and grades. 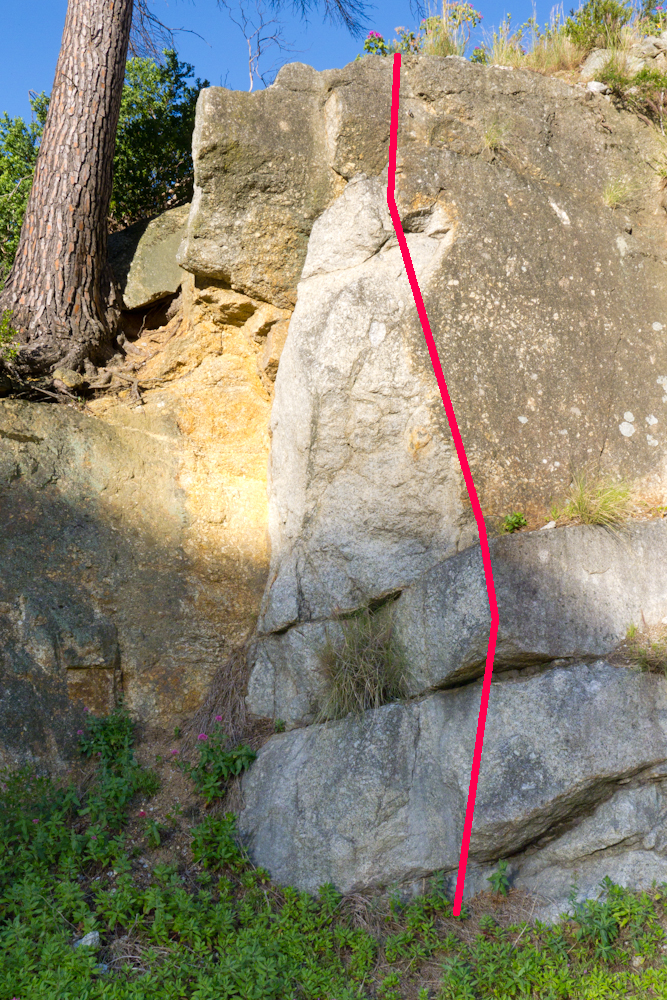 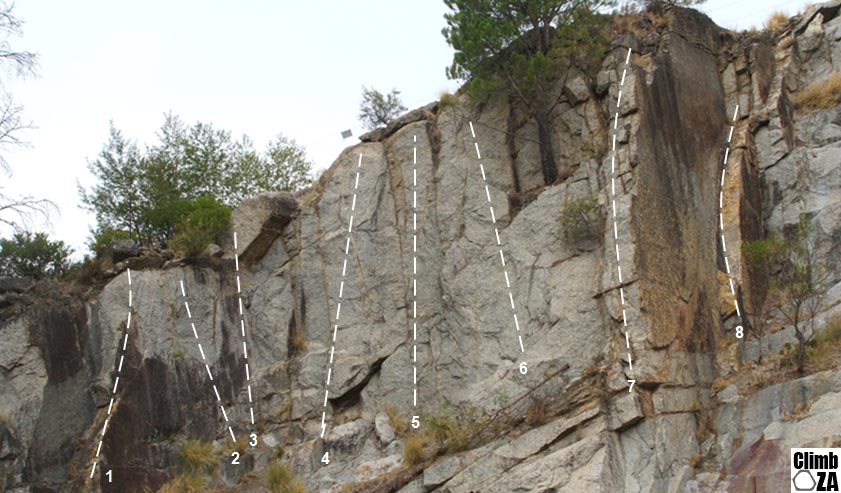 Many of these routes have hangers missing, but topropes could possibly be rigged with some creative effort. Routes 4,5 and 8 are quite good. 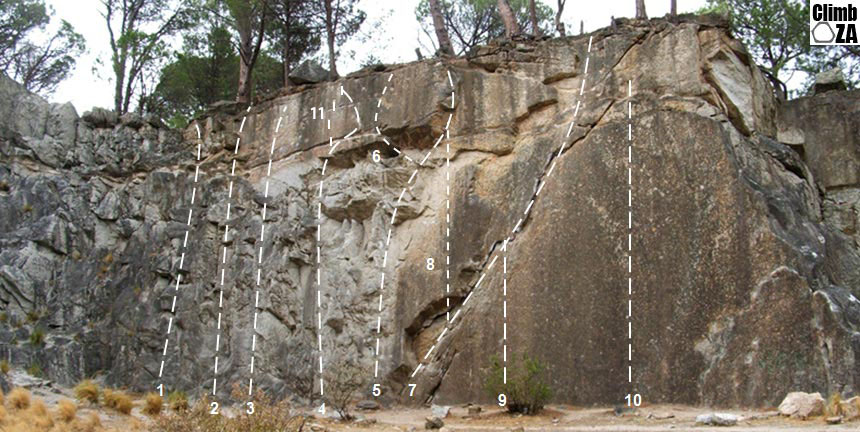 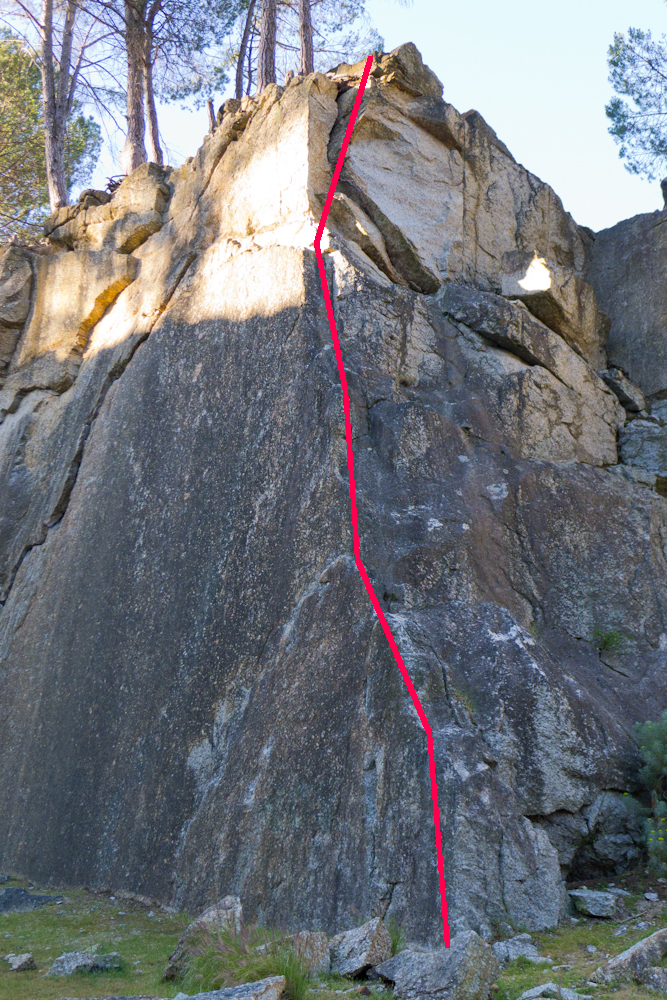