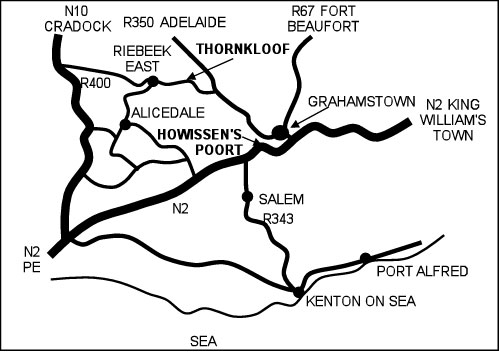 Howissen’s Poort is situated 8km out of Grahamstown on the N2 to Port Elizabeth. About a km down the hill from the Stony Crescent Hotel. At the Berg River bridge there is a parking area next to an old quarry, on the opposite side of the road to the hotel. Although the caves are very close to the car park, they do not look good at all till you cross the stream.

As far as we know, this crag was discovered by Keith James…way back. Initially its potential was only recognized as a bouldering or training area. Later after much gardening some routes were bolted. The wasp problem was sorted, taping a bluet stove onto a stick. Re-bolting was sponsored by the MCSA (Marshall Clan of South Africa).

Shaded most of the day. Can be very cold in winter. The caves seep badly a few days after heavy rain & can become quite sandy after seeping.

There is still a fair amount of potential for new routes. Between the lower caves. To the R of the smaller cave & the L of the Main Cave.

Area is reasonably safe, but take the usual precautions as the crags are on the national road. The caves tend to attract wanders, vagrants & Rhodes students… they are mostly harmless. There are some times turds in the smaller cave. Watch out for these, they are not fun to stand in.

There is lots of trash at Howissen’s. Please do your little bit & take some of it home with you. Spend 5 minutes filling a bag to take home, you will influence your mates & they will join you. In time it will make every bit of difference. Believe…. SANCF members please note that graffiti is not tolerated by MCSA or Eastern Cape climbers at all. Please do not add to the existing graffiti in either crag. The MCSA is in the process of removing the existing graffiti & are taking Kung-fu lessons.

There are a hundred and one places to stay in Grahamstown. The best would be to stay at the old jail back packers. They have a sweet pub, full of hippies, student & tourists. 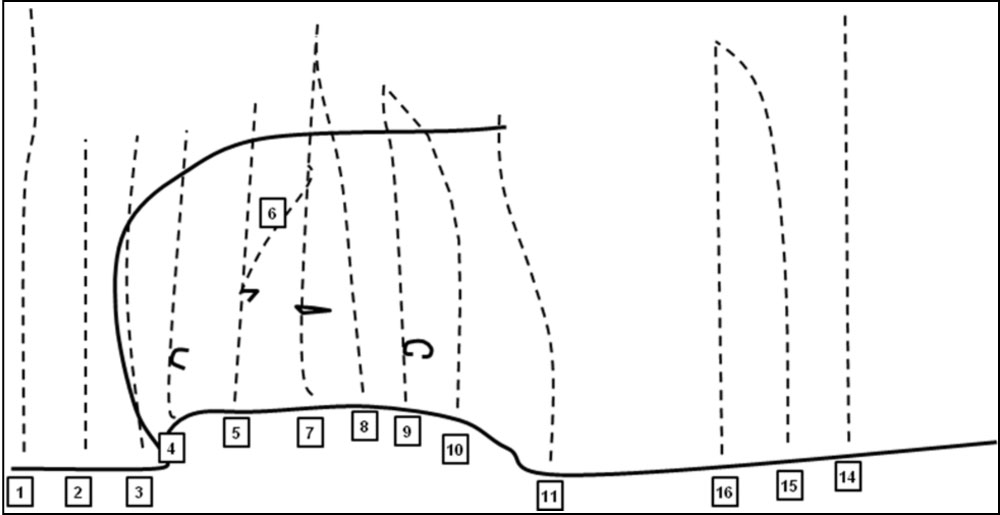 This is the sandy cave closest to the main road.

This is a few meters up stream of the small cave. The “vertical” lines in between the caves are included in the Main Cave. 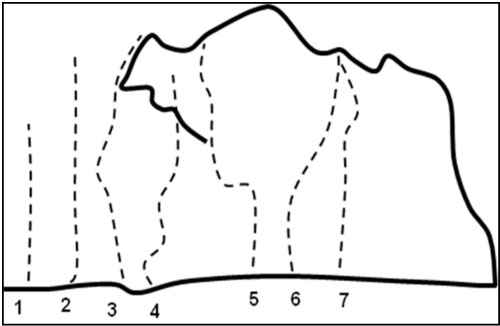 This is on a flat ledge about 25m above the stream. A reasonable path starts at the LH side of the Main Cave.