You can walk to the Alley from De Bos. This takes about 20 minutes. Either walk down the river or follow a higher (good) path along the mountainside. Either way, the last part of the walk-in involves a steep hike up the hillside on a bad path to get to the Alley.

This is a great crag for summer as it is mostly in the shade. 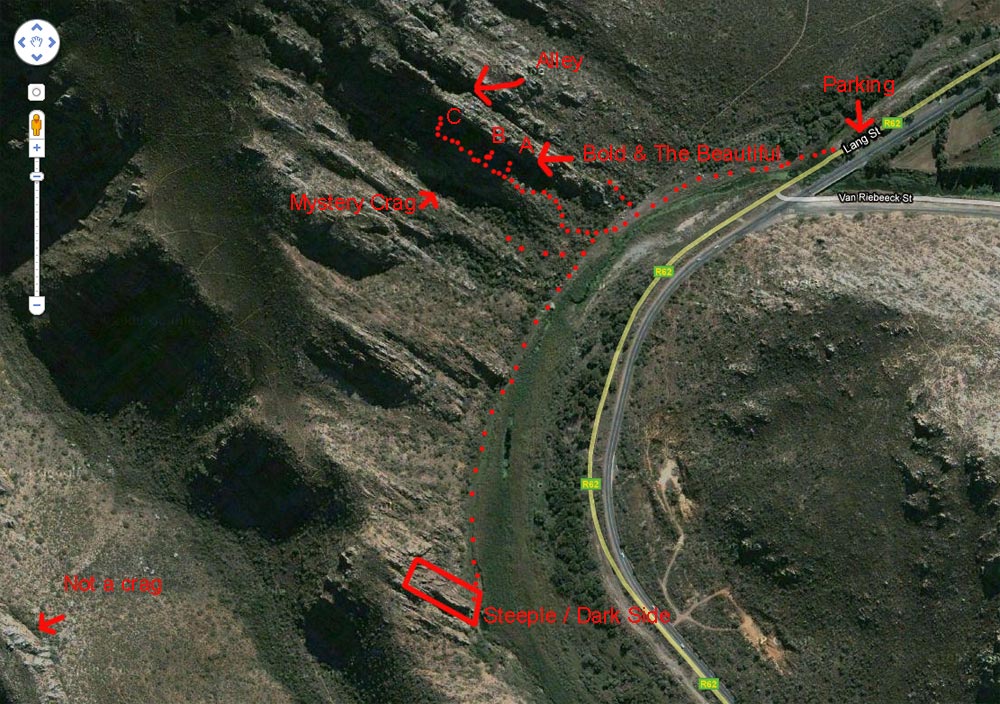 On the slab on the facing the Main Wall:

Further up the gully:

Too much butter, one pancake too many, first ascentionists feeling heavy, so grades maybe soft. (This reflected in route names.) Crag named for Alley McMammut, a fictional obese Boston lawyer not unlike the first ascentionists who stuffed their faces before climbing.